Gathering Evidence if You’re Hit by a Drunk Driver 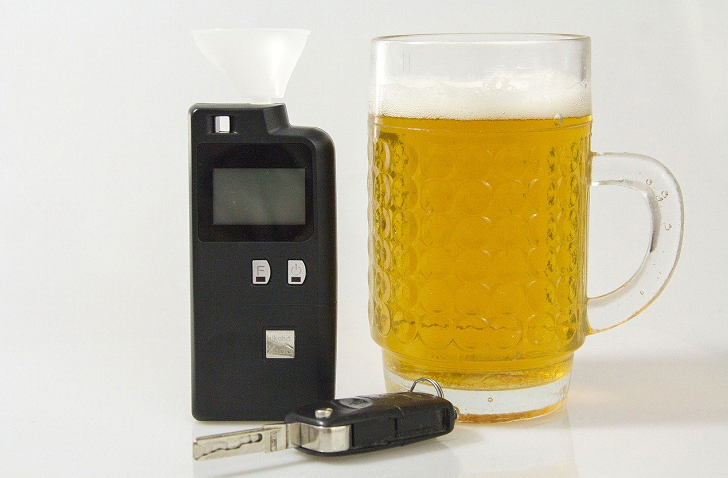 Two out of three people will be impacted by a drunk driving crash in their lifetime. It’s the top cause of death on America’s roadways. Every two minutes a drunk driver causes a collision that leads to injury. Every 51 minutes, someone dies in an alcohol-related car crash.
If you’re reading this article, it may be you’re one of those who have been impacted. Someone broke the law and personal injury or death. Hopefully they’re already facing criminal charges, but being found guilty won’t take care of doctor bills, lost wages and funeral expenses. Here’s what you need to do if you’re hit by someone driving under the influence.

Call the Police
Immediately after any type of car accident, call the police. Often drivers put it off even when they know there’s no way they were at fault because they’re kindhearted people who want to do right by others. They know sometimes the other driver would rather dig into their own pockets than involve insurance companies and law enforcement.
However, calling the police after an accident protects you. A police report is evidence and an objective description of what occurred. Plus, law enforcement has training to recognize the signs of intoxication. They can administer a breathalyzer or field sobriety test and add results to their report.

Get Medical Help
Every year tens of thousands of people are injured in accidents where driving under the influence was a contributing factor. Always have yourself and your passengers evaluated by a healthcare professional following an accident, even if you think you’re okay. After an accident, you’re flooded with adrenaline, so you may not notice the impact on your body. Some injuries might not show up until later.
Your medical records are evidence if you were hit by a drunk driver. X-rays, scans, doctor’s notes and other records all prove the extent of your injury. As you follow your doctor’s aftercare instructions and go through physical therapy, corrective surgery or other medical treatment, the amount of evidence grows.

Gather Evidence at the Scene
If you are able, gather evidence immediately after the accident. Drunk drivers may want to flee the scene to avoid getting caught drinking and driving, so it’s a good idea to get a photo of the other driver’s vehicle and his or her license plate.
If you or a passenger can, take video of the driver that shows any evidence of intoxication. They may be unsteady on their feet, slur their words or have other signs of intoxication. You may also notice empty alcohol containers in their vehicle.
Talk to anyone who might have seen the accident occur. Get their contact information so you can follow up as needed.

Hire a Lawyer ASAP
An experienced personal injury lawyer can handle the details of your case and pursue compensation on your behalf so you can focus on recovering from your injuries. We can gather evidence and help prove the drunk driver was liable for the accident and caused what happened to you so you receive fair compensation for what you’re suffering.

Get a Copy of the Police Report
In many cases, the actual cause of the accident wasn’t drunk driving. The other driver might have spent the evening at the bar, then decided to drive home, and because of intoxication, driven straight through a stop sign. What actually caused the accident was his failure to stop.
If you called the police and the other driver was drunk, he or she will face criminal charges. Your personal injury claim is separate from that. Compensation you receive will most likely come from insurance companies, and insurers review police reports to understand what happened.

Focus on Healing
Any time someone is injured in a car accident, the days and weeks that follow are filled with emotion. You’ve lost your health, your time, the ability to live life as you planned, and you might have lost someone you love. It’s normal to be angry, and to want the person who caused your injury to experience justice.
The thing is, seeing that other driver punished might help you feel a little better, but it isn’t the most important thing right now. What matters is restoring your quality of life, improving your health and making sure you can secure for yourself the best possible future. Schedule a consultation to find out how we can help you do just that.

Who Pays if You’re Injured in a Hit and Run?
How Our Motorcycle Accident Attorneys Handle Your Case