Does Roundup Really Cause Non-Hodgkin’s Lymphoma? 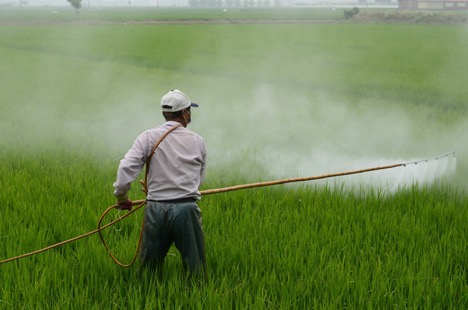 Non-Hodgkin lymphoma is a type of cancer that begins in the white blood cells then devastates the body’s lymphatic system and immunological defenses. Recent discoveries indicate one of the world’s most commonly applied herbicides can lead to this life-threatening disease. It is devastating to have any type of cancer but knowing that you received cancer from a common weed-killer could be especially infuriating.

Roundup is the most widely-used herbicide in the United States. Its use began primarily in commercial farming but has spread to public parks, schools, and private gardens.

Because it’s everywhere, you can’t avoid coming into contact with it. Roundup’s impact was supposed to be relatively minimal, but no herbicide has ever been used on such a grand scale, so its effects were unforeseen.

Roundup Use Since Its Debut

It’s easy to use, cheap and effective, so it’s been flying off the shelves for more than 40 years. Since its introduction over four decades ago, the use of Roundup as an effective weed killer has increased exponentially across the nation. It’s manufactured with a substance known as N-(phosphonomethyl) glycine or glyphosate, a chemical that was relatively obscure before its widespread use as an herbicide.

Then things got even more complicated. After Roundup began to gain popularity in the agriculture industry, “Roundup Ready” crops were genetically engineered to withstand glyphosate-based herbicides. This made the chemical even more popular, because it could be used on farms without fear of it affecting the crops themselves.

Unfortunately, over time the weeds and other undesirable plants became resistant to glyphosate. The answer? To increase the amount of Roundup, of course. Treatments were performed more frequently and in growing doses.

In the last decade, the use of Roundup has increased faster than ever. Sixty-seven percent of glyphosate-based herbicide application was within the last ten years.

And if you want to know just how much it increased, then take a look at this:

You may be asking yourself: “So what?” Why does it matter that people used so much herbicide? Well, traces of glyphosate have been discovered in air, water, and soil. But that’s not just in agricultural areas, that’s everywhere. You can’t opt-out, you’re already exposed.

The International Agency for Research on Cancer (IARC) performed studies to determine the long-term effects of glyphosate and discovered some chilling information. Glyphosate can cause cancer, kidney and liver degeneration, and developmental problems. So not only did IARC link Roundup specifically with non-Hodgkin lymphoma, but also with chronic degeneration in vital organs.

So, why hasn’t Roundup been banned? Well, because the levels of glyphosate detected in the environment isn’t above the daily acceptable intake, regulatory agencies haven’t deemed it necessary to ban its use entirely.

But there is a way you can help stop Roundup. Glyphosate is dangerous and the manufacturers should be held accountable for the problems they’ve caused. You shouldn’t have to suffer because some big-name herbicide manufacturer is trying to line their pockets. If you or a loved one have been diagnosed with non-Hodgkin lymphoma, you could be eligible for compensation.

Join the class action lawsuit against Roundup. You deserve to be compensated for your pain and your financial losses. Let us fight for you.