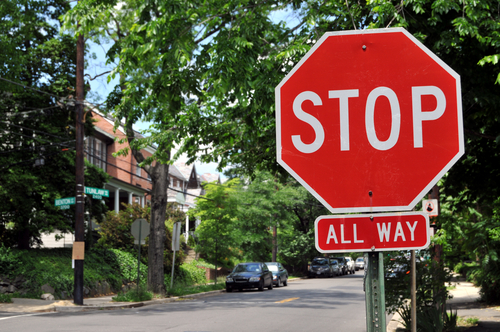 Every year, the U.S. Department of Transportation Federal Highway Administration says around a fourth of all traffic fatalities and half of all traffic injuries in the United States occur at intersections. Sometimes those intersection accidents happen because drivers don’t follow traffic rules or because they’re driving distracted. Other times the intersection isn’t designed with safety in mind, and the road itself contributes to the crash. Either way, the sad fact remains that dangerous roads kill around 8,000 people every single year.

Driver negligence is almost always a contributing factor, but sometimes the intersection itself creates problems. Generally, the busier the intersection, the more likely it is to have motorists involved in accidents. Road design flaws or intersection defects might be

So what happens if the road itself was a contributing factor in your car accident? Who is liable? If you or a passenger were injured, who should pay your doctor bills and missed wages?

Cities, counties and states are responsible for maintaining roadways. Sometimes responsibilities overlap, but it’s possible to find out what agency should have been keeping up with road maintenance at the intersection that had defects. Proving negligence involves showing that agency knew there was a problem, had a reasonable amount of time to fix it, didn’t do so, and the accident was a direct result. Or, it might involve showing care wasn’t taken in planning and creating that intersection to begin with.

When You Need a Car Accident Attorney

It’s complicated when the causes of an accident involve state and federal agencies, so that’s not something you should try to navigate alone. The good news is, you don’t have to. It doesn’t cost a cent to talk with an experienced car accident attorney about your case and get an idea what you might be able to expect. Click here to schedule a consultation.

How to Avoid Pedestrian Accidents in Shreveport, LA