How Dangerous Are Oil Field Jobs? 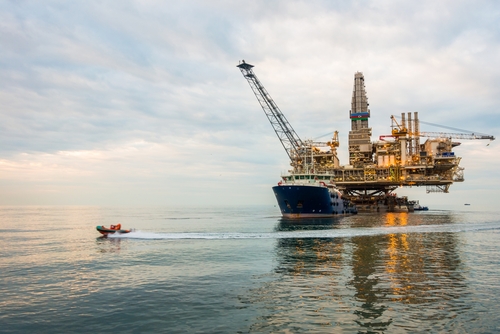 Catastrophic events like Deepwater Horizon put the focus on the danger involved in oilfield work, but they also often cause a push for improvements when it comes to worker safety. Unfortunately, over the last few years, some of the safety gains have been lost as agencies relaxed regulations and inspections. The most recent data is still being released, but workers are wise to be asking exactly how dangerous are oil field jobs?

Fatalities in the Oil and Gas Extraction Industry (FOG)

The CDC works in conjunction with the National Institute for Occupational Safety and Health (NIOSH) to monitor information about worker fatalities in the United States oil and gas extraction industry. Fatalities included in their database include:

The worker in each case was killed or developed an illness from circumstances that occurred at work or were directly related to oilfield activities. That might involve traumatic injuries, work-related chronic illness, cardiac events triggered by work activities or injuries that occurred to and from the worksite or temporary lodging.

The most recent data they provide is for 2017, when 69 workers were fatally injured across around 86 oil rigs. By far, the highest number of those injuries (44) occurred in Texas.

Fatalities were spread across age groups, with the highest number occurring for workers between 21 and 30 years of age. Newer workers, those who had been in the industry for a year or less, also had a higher number of fatalities.

Well servicing was the most dangerous duty, followed by drilling operations. Here are a few statistics on the event types that led to fatalities:

Workers also died because they fell from a height, had a work related cardiac event or were electrocuted.

The Bureau of Safety and Environmental forcement also monitors offshore activities in the interest of protecting the environment and the workers who extract oil and gas resources. Their documentation shows injuries went up 21 percent in 2018 and 2019 for injuries that require treatment beyond basic first aid.

The number of injuries was slightly lower in 2019, but when workers were hurt, the injuries were often more severe. For example, in March of 2019, a helicopter headed for a Venice, Louisiana offshore platform crashed near Galliano, killing the pilot and oilfield worker on board. In the late spring and early summer, four workers died after falling from offshore platform decks.

Statista says in 2018, the oil and gas industry nonfatal injury and illness rate was around 1.6 incidents for every 100 workers. That number is way too high for any occupation.

Monsour Law Firm has a long track record of fighting for workers who were injured in the oil and gas industry, and of representing family members who have lost a loved one because of an oilfield tragedy. Get counsel and support when you schedule a no-obligation consultation today.