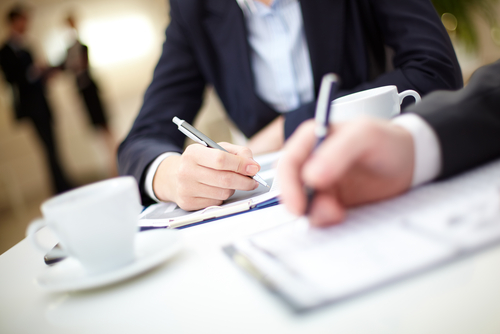 The lawyers at Monsour Law Firm have decades of experience representing clients in Texas and Louisiana who were hurt because of someone else’s negligence. Most of the time those personal injury claims aren’t paid by an individual, the settlement comes from insurance companies. Over the years, we’ve discovered a number of things insurance adjusters don’t want you to know if you’re filing a claim.

Often when there’s a settlement, the injured party has several phone or in-person conversations with an adjuster. When that adjuster records what you say about the accident, it isn’t just to be efficient. What they’d really like is to catch you making statements they can use to argue you weren’t actually hurt, that it was really your fault, or that your injuries aren’t as severe as you claim. Their hope is that they can deny your claim altogether.

A lot of the time, victims are willing to give a recorded statement because they think it can’t hurt them. They know they’re telling the truth about what happened, so they figure they have nothing to lose. However, the insurance company wants to pay less, and they’re very good at finding ways to do so.

For example, they might ask what injuries you received. If you give them a list but leave one off, they might say that injury never actually happened or wasn’t a result of the accident. Or they might ask you to guess about circumstances that led to the accident and later use it against you.

You may not be obligated to give a recorded statement at all. When you have a free consultation with our firm, we can advise you on what to do if one is requested.

They Don’t Want You to Get a Lawyer

Insurance companies know when people settle cases themselves, they accept lower offers because they don’t know what amount might be fair compensation. They’d rather you didn’t even talk to a lawyer, because then you’ll get information about how best to support your claim and all the types of compensation you might receive.

They Hope You Try to Tough it Out

Sometimes people feel like if they tell their doctor about every injury and symptom, it will seem like they’re complaining. They might only talk about their most severe injuries and wait to see if the ones that seem less painful heal on their own.

For example, let’s say you have severe back pain from a rear-end collision, and your knee also hurts, but you wonder if it will heal on its own, so you only tell your doctor about and receive treatment for the back issues. Several weeks pass before you realize that knee pain hasn’t gone away, and in fact it seems to be getting worse, so you then seek treatment. The insurance company can argue your knee didn’t get hurt from the accident, or that if it were really an injury you would have said something sooner.

They Want You to Hide Pre-Existing Conditions

Sometimes people who are injured think if talk about conditions they had before the accident, insurance companies will offer them less. In reality, pre-existing conditions can make you more vulnerable to future injury. If you get hurt, recovery might take longer or that injury might be more severe. You could end up receiving more compensation, not less. Honesty is always the best policy.

You don’t have anything to lose from talking to a Monsour Law Firm personal injury attorney, and you could very well have much to gain. Let’s sit down and talk about what happened and what your next steps should be when you schedule a no-obligation consultation.